Sean Holley
The Ride of Hurt
A young mountain biker is coming down the trail when he finds something he didn't expect.

During this project, we looked at Joseph Campbell’s idea of the monomyth. This is the idea that all stories revolve around one basic plotline, The Hero’s Journey. While learning about the Hero’s Journey we used the books The Alchemist and Siddhartha to help us better understand the Hero’s Journey. After reading these stories we began working on our own stories, we were tasked with finding a story that told of personal growth and came from our own experiences. We used a few different refinement processes such as telling our stories to peers and to our teachers. At our final exhibition, we showed our new skills in a storytelling event where we had students tell their stories.

I have grown during this project mentally and expanded my knowledge of public speaking. I still am not the strongest storyteller but I was able to get up in front of the class and tell my story of my first concussion. Public speaking is one of my biggest fears and this was very hard for me to do. I spoke confidentially and was able to tell my story without too many mistakes. I also gained some great information on public speaking with this thing called PVLEGS. If you do everything listed in the acronym it will greatly help you be a better public speaker. One problem I have with public speaking is talking too fast and I talked at a measured pace while telling my story which meant I was in the time limit and was easily understood. Next time I need to make sure I use as much as my time for refinement time as possible. I could have been even more successful during this project if I had used all my time effectively.

A few enduring understandings that I have taken away from this project. The most important of these would be all of the public speaking knowledge gained during this project. By observing and listening to peers I was able to help them with their story I was able to improve my own story using the feedback I had used for them. I also learned a valuable lesson from The Alchemist. It was that no matter how many times everything goes against you, you can't let that be the thing that stops you. Santiago lost everything he had multiple times but in the end he came away with an even better treasure that he would have ever gained if he had quit while he was ahead. There are many things in life that are challenging for us, such as public speaking, but we can't let these fears stop us because we have to complete our hero’s journey to be successful, to reach that step of apotheosis, or to find enlightenment. 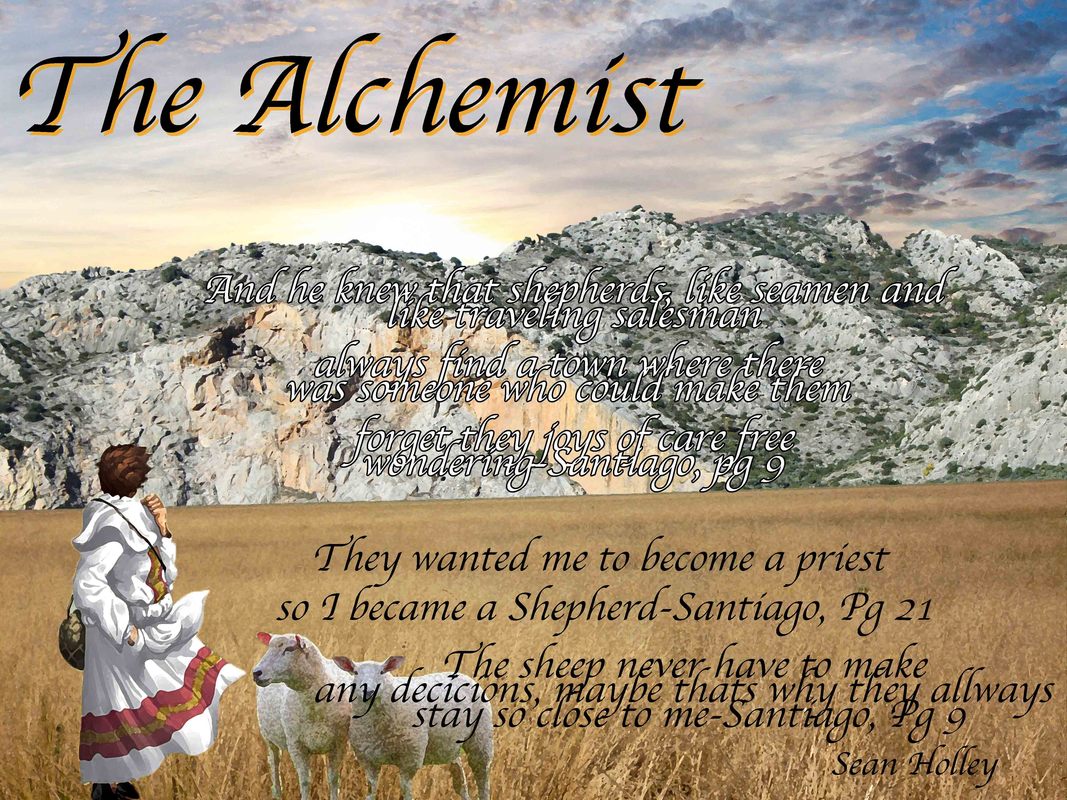